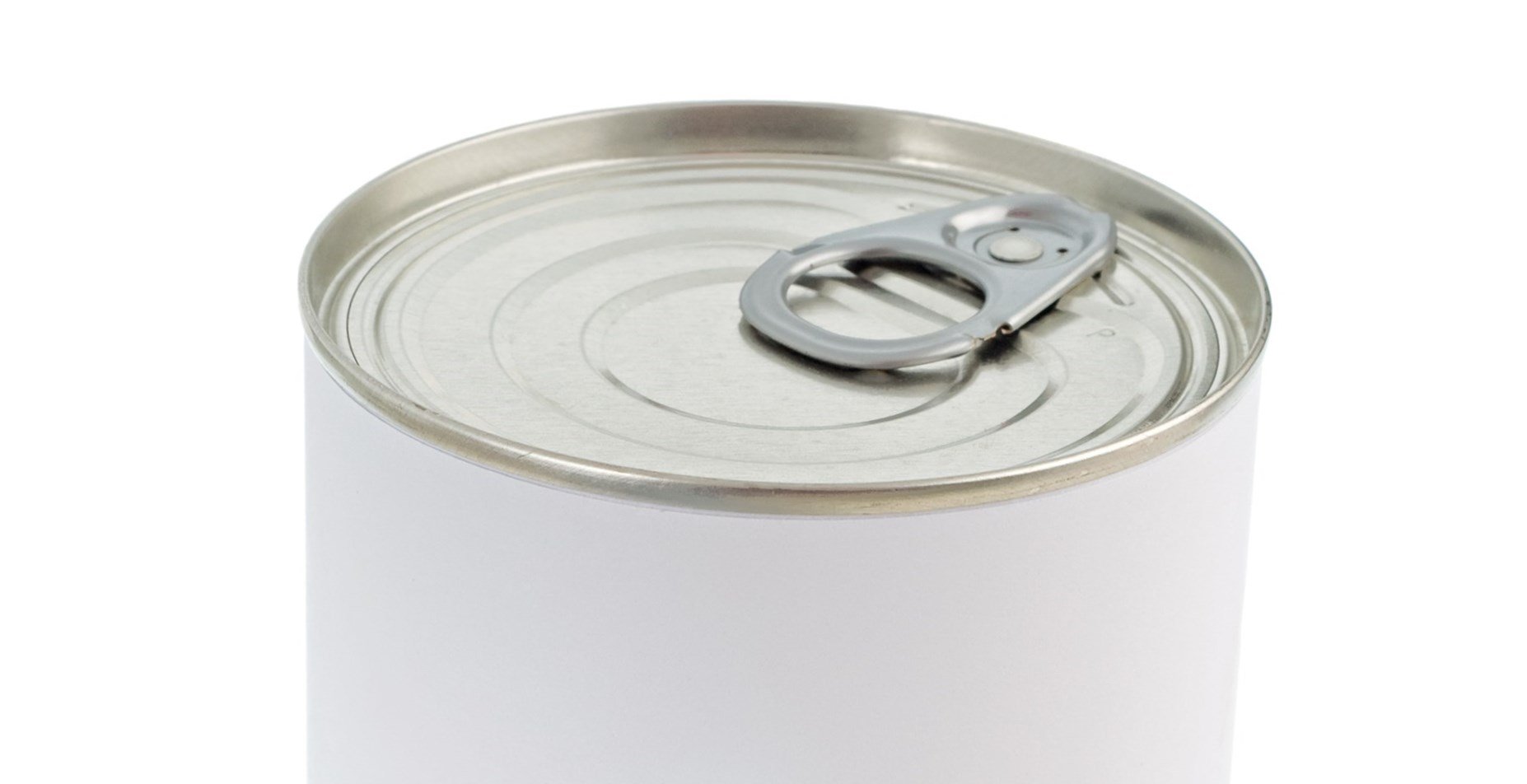 The central purpose of branding is to guide the consumer to choose your product a midst a dizzying array of alternatives. Since the brand name is used every time your company is referred to, it should not be overlooked as simply a device to grab attention, but as a vital part of the positioning process. An effective brand name can be a means of communicating what makes you different from competitors and valuable to consumers.

The name is the most critical point of differentiation in the whole brand toolkit. Differentiation is the primary reason why brands came into being and the whole concept evolved. Apart from merely differentiation and positioning, brand names also communicate what the product stands for and what the company wants the consumer to understand out of it. In increasingly cluttered and fragmented markets and product categories, a distinctive brand name is the first point of competitive advantage for a manufacturer. In essence the whole marketing and communications tool kits acts as vehicles to make the brand distinctive, starting with the name.

The importance of a distinctive brand name can be bought to life by the success enjoyed by brands such as Google, Apple, FEDEX, L’Oreal, Louis Vuitton, Coca Cola, BMW, Levi’s, Nike and Samsung to name a few. To become really distinctive requires lot of time and sustained marketing efforts, but having a catchy name is a solid starting point.

Standout brand names can even become synonymous with a category itself. Rollerblade, LEGO, Videotape, Yoyo, Nutella, Kleenex, Google, Ping Pong, Styrofoam, Frisbee, Hula Hoop, Q-tips, Scotch Tape, Tupperware, Velcro, Windbreaker, Bubble Wrap, Escalator, Thermos, Popsicle, Aspirin, Jacuzzi, Plexiglas, Zipper and Band-Aid are now all part of the vernacular. Few brands can ultimately have this kind of success, however. For most brands, the goal must be to simply create a name that is vivid, descriptive and memorable.

Before considering a verbal identity for a company or product, a brand must first be clear of its promise to customers and what makes it unique. Brands must begin with the end in mind, working backwards from the selling proposition by asking themselves:

Alternatives must be extensively discussed, tested and researched – not only to determine what makes sense to employees and prospective customers, but also to ensure that relevant trademarks are legally available in all target markets. The whole naming process is like a funnel, with several names getting assessed and investigated at the initial stages, then narrowing down to the few most attractive ones and the finally zeroing down to the one that meets cultural sensitivity connotations and legal guidelines.

With few exceptions, the name is the one brand element that should never change. But when the right circumstances do arise – such as following a merger or new strategic direction – it can be an advantageous to adopt a new moniker. Where a brand has already been established, there must be a systematic approach to introducing and educating stakeholders on the new name. Quite often, however, employees are overlooked as most attention is paid to the external audience. Employees are the engine that drives a brand. If they are unable to buy-in to the new identity, the entity may not thrive.

Assuming a brand clearly understands it purpose and uniqueness, what techniques can they use to describe themselves? Some companies put product benefits directly into their name while others use subtler, meaningful associations. Despite the wide variety of name-types, the common thread among them is that they are memorable and communicate important characteristics of their brand. Whatever the technique, the name should be short. If the name is long, consumers will shorten it for you. The less explanation required the better.

Memorability is also an important aspect to consider in the naming process. The focus towards getting a short, distinctive name aids in memorability, but it is one of the many dimensions. Increasingly, brand owners are also looking at a more holistic perspective in brand naming, which is more from the point of view of consistency in communication. A brand name should be manageable enough so that it can be communicated consistently at the retail level (packaging, promotions), in communications (ATL and BTL advertising) and also in any form of brand outreach efforts (sponsorships, licensing, brand activations etc.). The higher the ease of communicating the brand name through multi-channel marketing efforts, the higher is the influence on memorability.

The easier it is for consumers to remember and recall the brand, the higher is the traction the brand enjoys in the minds of consumers. There are numerous examples of brands continuing to generate awareness after withdrawal from the market. This is also exemplified in re-branding exercises, which is quite common in mergers and acquisitions. The old brand continues to enjoy memorability and recall levels long after it disappears from the markets.

As mentioned earlier, cultural and language connotations are becoming increasingly important in the generation of brand names. As majority of new brands start with aspirations of being global in their positioning and appeal, the brand name should justify and support this aspiration. Because of this culture and local language fit is critical. Linguistic skills are becoming a key in successful brand naming processes.

Linguistic experts, who sometimes include professors in reputed universities, are increasingly being called up to check new brand names in terms of translations into local languages and associative meanings and cultural fit. The role of linguistics in the brand naming process is going to become bigger and more important as brands take birth and are launched on a global scale or as they expand after being local in the initial stages of their life. There are numerous examples of linguistic goof-ups that have marred the success of brands in different parts of the world. Some well publicized examples are:

A naming architecture not only serves as a strategic framework but also guides brand name creation. Two extreme examples can illustrate this:

The brand name generation process should be preceded and succeeded by strategic thinking and its implementation. Before the name generation process, it is important to understand, reflect and think through the objectives of the process itself. Afterwards, it is important that frameworks are ready to integrate the chosen name into the portfolio; operationalise the marketing and communications efforts required and activate the new name. In the absence of this pre- and post thinking, the creative process behind the name generation may become completely disconnected from the brand and organisational level strategy that it needs to fit into.

Visual names conjure an image we associate with certain characteristics:

Descriptive names tell us directly what makes them unique:

Directives command the target audience to do something:

Expressive names cite the psychological state a consumer will feel:

Promissory names communicate a promise to the consumer:

Neologisms are new words created by respelling existing words or by combining words:

Geographical names associate a brand with its origins or the characteristics of a region:

Latinate names are created from the Latin translation of core words that relate to the brand:

Many brands name themselves in their own language, but foreign language names can also be used by brands that are not from that particular region to make them sound exotic, authentic or superior:

Some brand names use names from nature:

Some brand names are derivatives of well-known phrases:

Rhyming names are fun to say and are well suited for youthful products:

Acronyms simplify cumbersome names, but are most effective when arranged in a way that communicates a message:

Acronyms are especially common in banking and finance but also found in other industries and categories:

Hapologic names abbreviate the middle word of a three-word phrase making it easier to memorise and repeat:

Onomatopoetic names use sound to help imagine what it’s like using a product:

Funny names help get brands noticed and are amusing to repeat:

Plosive names achieve higher recall rates by using letters that “pop” when spoken, such as B, D, K, P and T:

Uncommon first-letter names make it more difficult to confuse your name with competitors because they begin with some of the least frequently used letters in the alphabet. The five least common letters for a brand name to begin with are X, Z, Y, Q and K:

Nonsensical names are perfect for start-ups who don’t necessarily fit in to a particular existing category and have the potential to become synonymous with the business category they create:

It is vital that a brand-name be consistent in its meaning in the language of its target markets. In some cases, this might an entirely new name. In China, for example, the best localised brand names have translations which not only sound similar to their English name, but tell the brand’s story as well:

In addition to the above examples, there are numerous other naming strategies, which include metonymy, synecdoche, theronym, mimetics, poetics, clipping, morphological borrowing, bacronym, classical roots and arbitrary.

Of course, some brands use a variety of these naming techniques at once. Coca-Cola, for example, is alliterative, uses plosives, and mentions its category (Cola) and its unique ingredients (Coca) but it doesn’t necessarily communicate happiness and ease of life – the essence of its brand positioning.

Truly understanding your brand’s purpose and essence will help eliminate some of these options and settle on the right brand name. It is also very important to check for cultural biases and potential misunderstandings to avoid any troubles in getting consumers in any market to perceive the brand name negatively. The business history books are full of examples of brands which failed because they had not checked upon the local meaning of the brand name.

Brands also need to ensure that their brand names can have a meaningful digital space in form of obtaining their domain names. Far too often, companies find it very difficult to register their brands online.

Finally, it is important to check the legal implications of brand names in all markets and ensure that the brand names can be registered and owned fully as trademarks by the company. This aspect of brand naming is complex and often undervalued. Brands are a significant part of the financial value of companies so being able to protect the legal rights of the entire brand portfolio is paramount for success. In today’s business, M&A companies buy and sell intangible assets very frequently, and a large portion of those are intangible assets like brands. Companies and brands should do all they possibly can to protect their brands.

However, it should always be remembered that, naming, while important, is still only one aspect of branding and a successful business strategy. But the brand name is the face of the company and its products, so it is crucial to get it right.

Martin Roll enables global clients to deliver business impact and drive long-term value. Learn more about our services and how your company can get ahead